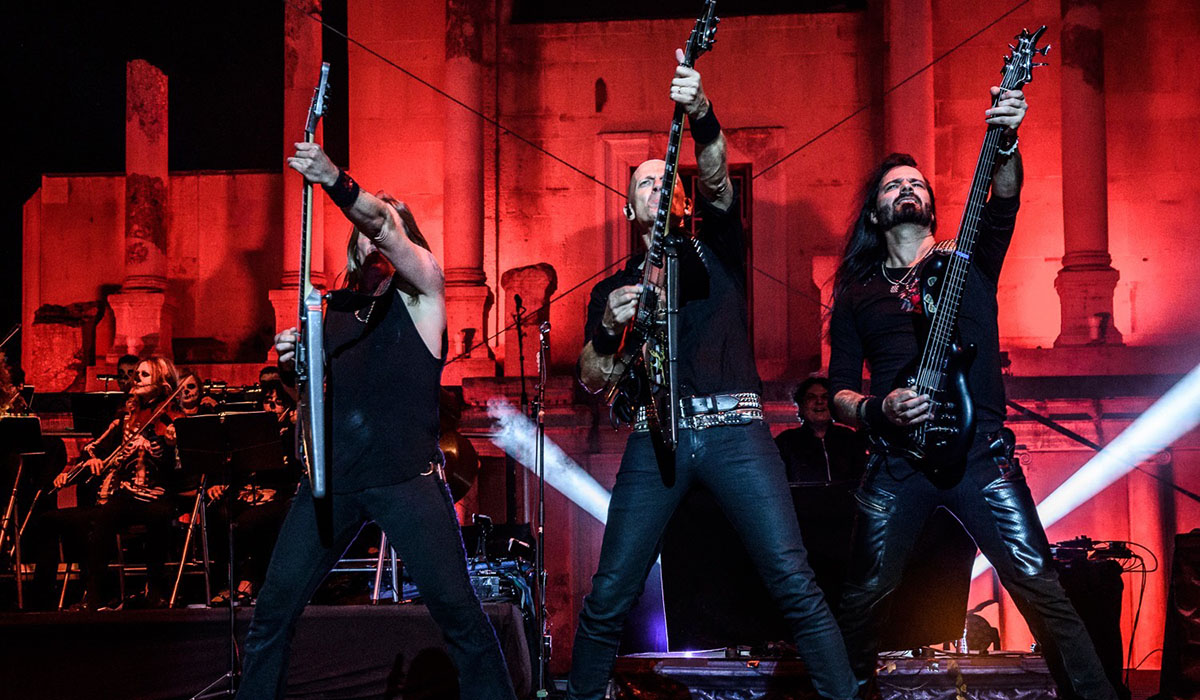 Bass Player for the Legendary German Pioneers of Metal. 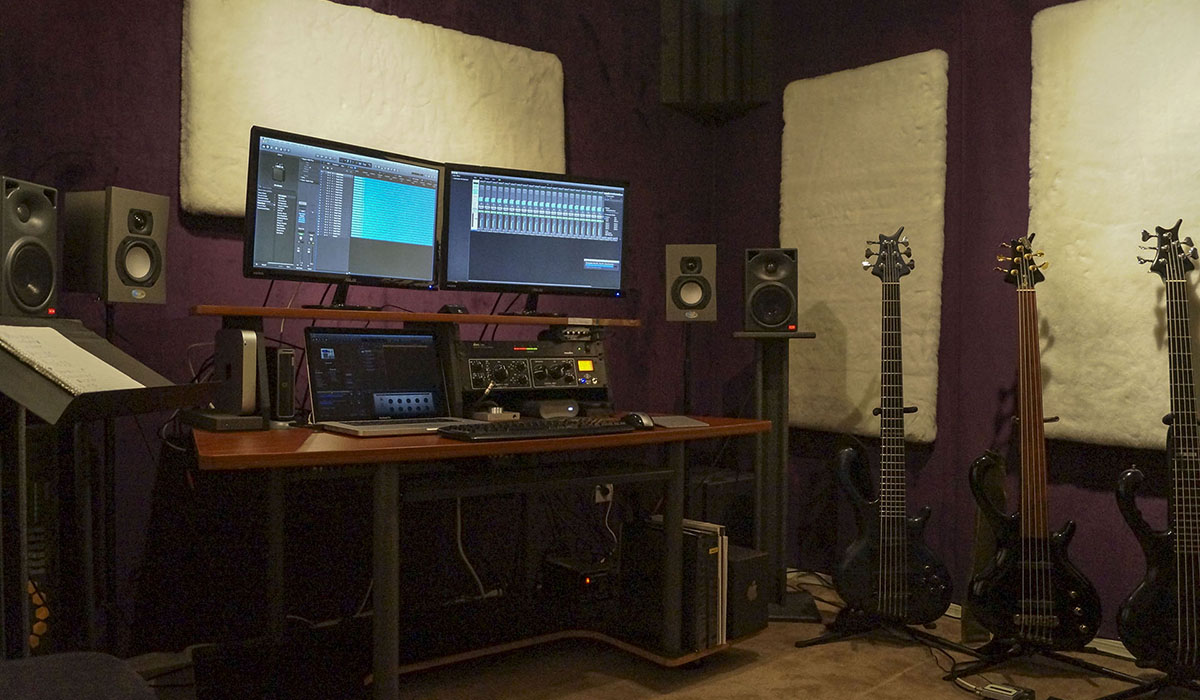 Bassist with recording credits on hundreds of tracks. 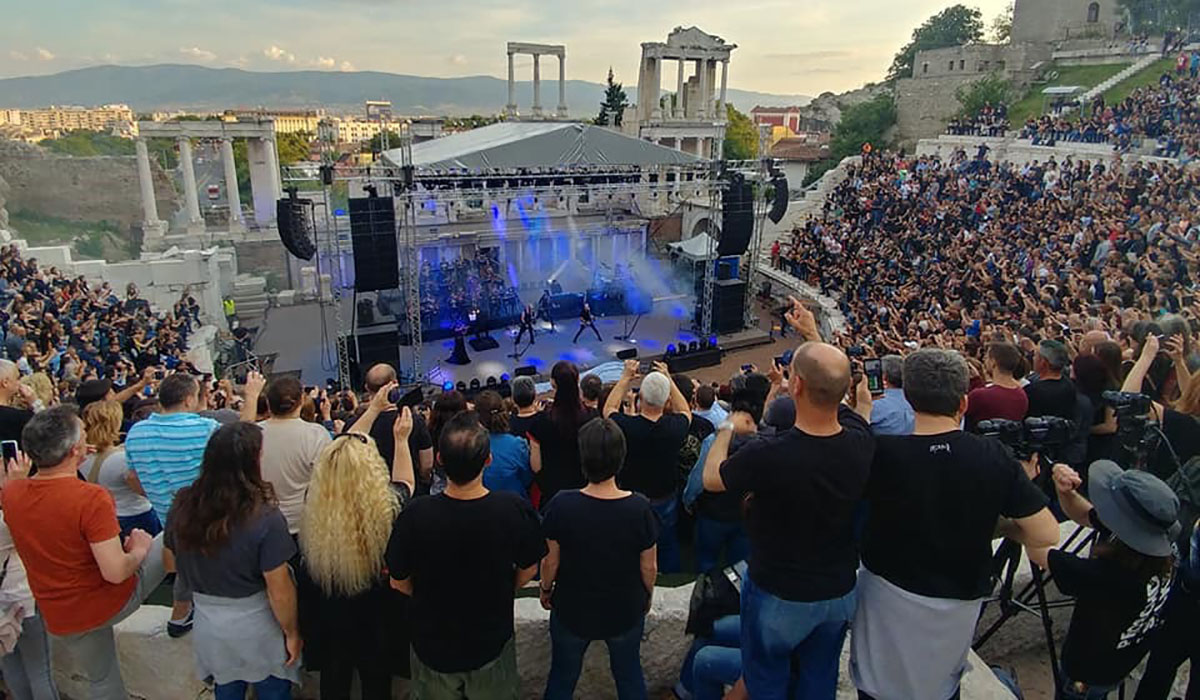 Live performer with thousands of gigs on five continents. 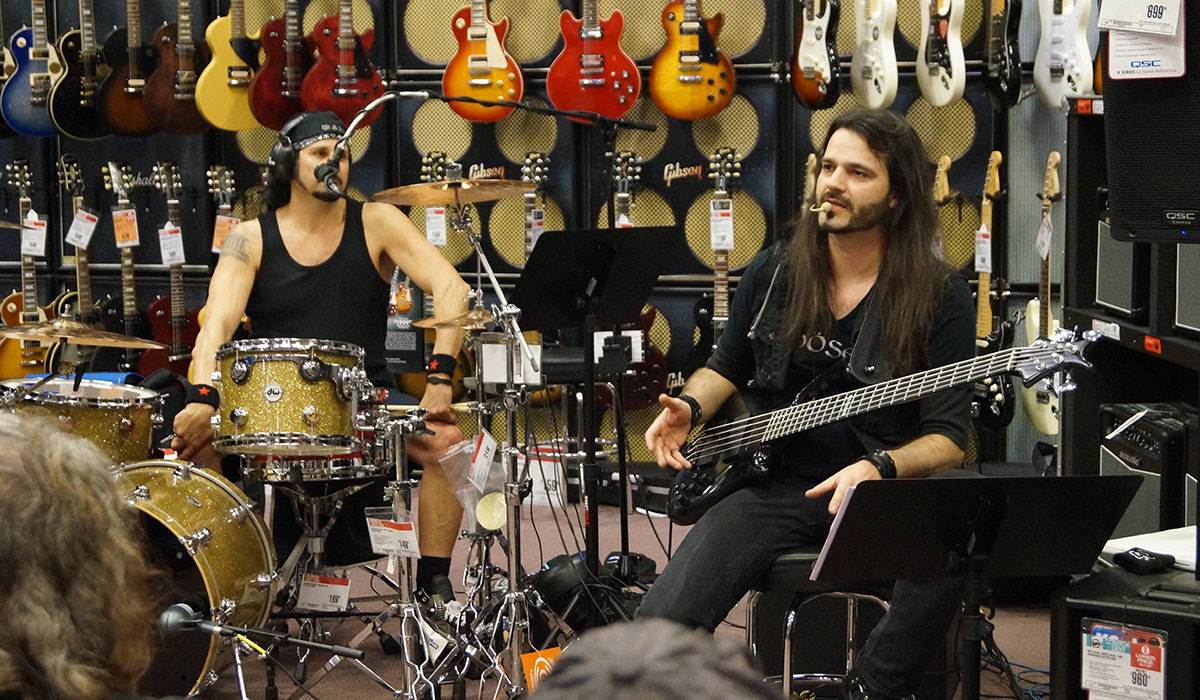 … and thank you for visiting! On this site I would like to introduce myself and my work, talk about bass playing, the different projects I'm involved in, and some other aspects of my life in general. 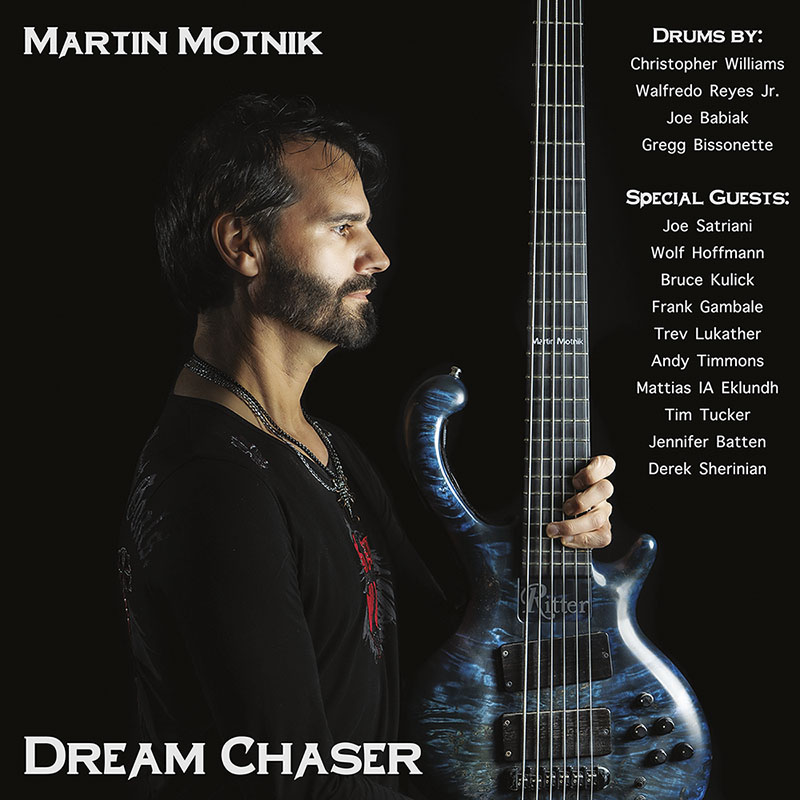 The most recent exciting news first: I decided to use the time during the pandemic productively and have recorded a new solo album. Following the tradition of "Bass Invader" I played everything on bass guitars, on top of world-class drum tracks. I was fortunate to win Gregg Bissonette to play again, alongside of Christopher Williams, Joe Babiak, and Walfredo Reyes Jr. Each song was also supposed to have a guest musician, like I had Mattias IA Eklundh on two songs. This time I went all in and got an amazing guest musician on every song. The result is an amazing collaboration of musical superstars on 10 bass-heavy songs.

With the help of some amazing friends I was able to secure funding for CDs and vinyl records. The digital album was released on my birthday November 10th, 2021 and is available on all major streaming services. The biggest ones can be reached through this link on Hearnow. Thank you all for your support!

I'll also be offering some "problems solvers" which are solutions for little obstacles I've discovered over the years. For isntance, sometime I'd like to switch to a pick (plectrum), especially when I play with only one guitar player and I'd liek to play chords to thicken things up during the guitar solo. I've developed my own solution with picks that are attached on a strip of Velcro tape inside the inner side of the upper horn. 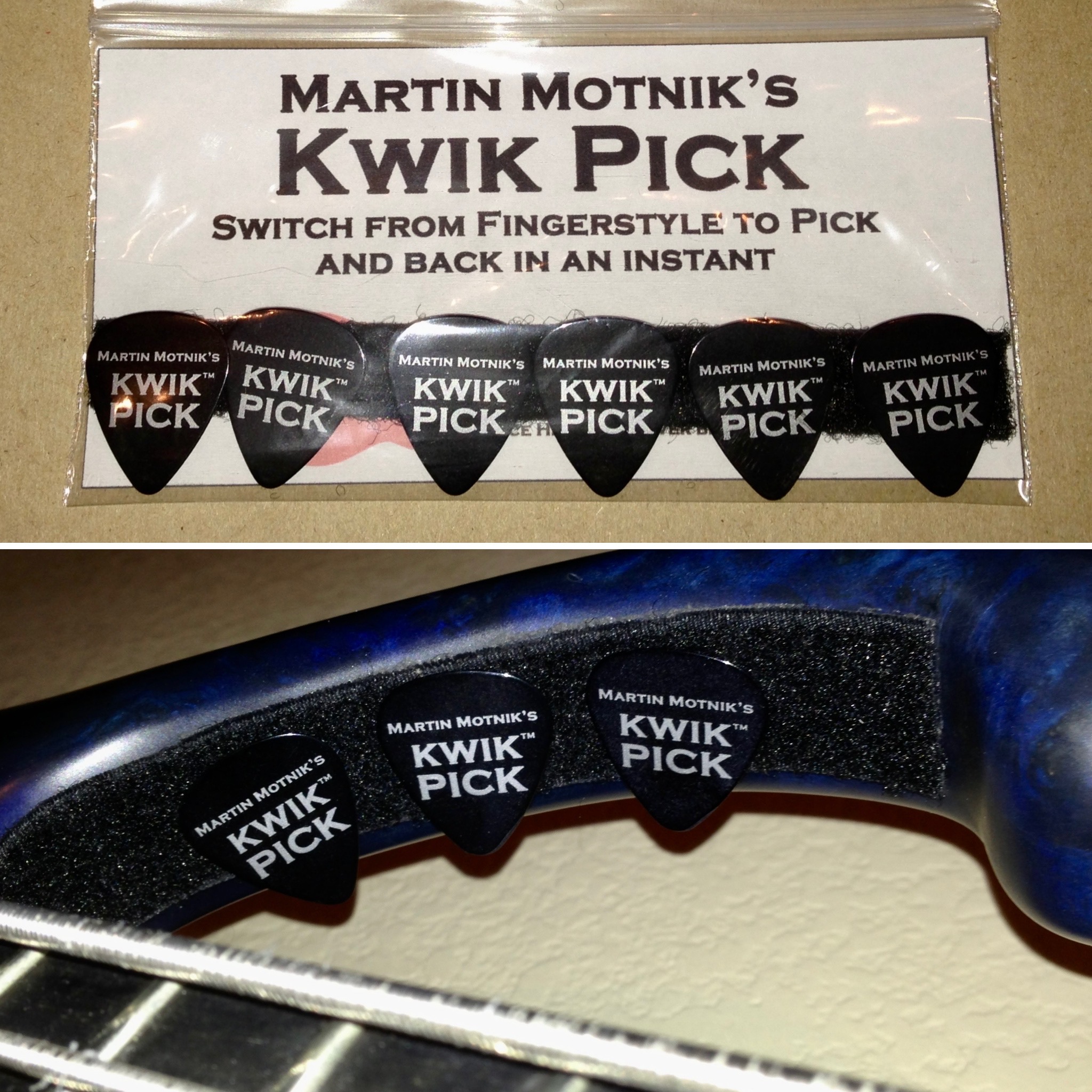 You can now order "Martin Motnik's Kwik Picks" on the Shop page.

I would also like to express how proud and happy I am for being able to support myself and my family with the thing I like doing the most: producing low frequencies! Over the years I've had the opportunity to work with some amazing musicians (some of them you will know), whether it was live on stage, in the studio, or during clinics and workshops.

So Thank You to everyone who enables me to keep having this profession! To give you a little taste of my work, here are some demo videos of what I've done in the past:


For more videos click here to get to my YouTube channel. Also, please keep in touch via my social network channels and follow me for live dates and up-to-date information:

Martin Motnik is a German-born studio and session bass guitarist, known for being a versatile electric, acoustic, and upright bass player, a pioneer in online music recording, and for touring and performing with Uli Jon Roth (The Scorpions) and German Sony-artist Eisbrecher.

He gained notoriety as a solo performer with his CD “Bass Invader” featuring Gregg Bissonette, and his works as a freelance bass player and studio musician through his website www.studiobassist.com. Since 2019 Martin is also a full-time member of German Heavy Metal Pioneers ACCEPT.

Born and raised in Germany, Martin picked up his first acoustic guitar by the age of 8, but discovered and fell in love with the bass guitar by age 13. After performing locally with his first original bands, Martin's international debut was as bassist and background singer of the band "The Winners", who topped the charts with the song "Go for Gold", the tile song for the German Olympic Team at the Summer Olympic Games in Seoul.

Being active in numerous local bands, Martin then enjoyed nationwide success with his original band What4 when Germany's biggest private TV station ProSieben picked up one of Martin's original compositions, "All Behind", for one of their trailers. The band subsequently shared the stage with national acts such as No Angels and DJ Ötzi at festivals in front of approx. 30,000 people. Around that time Martin started receiving phone calls from other bands and artists, asking him to play bass on their recordings or be a live session player.

In 2008 Martin relocated from Munich, Germany to Los Angeles, CA. Living between the United States and Germany, and with over 5,000 live performances, TV shows and videos to his name, Martin has toured, performed or recorded with the likes of Uli Jon Roth, Chris Slade, Gregg Bissonette, Chad Wackerman, Marco Minnemann, Doug Bossi, and Ray Parker Jr.

2010 brought Martin to Las Vegas, NV, where he regularly played in casino hotels along the Strip and on stages on Fremont Street in Downtown, opening or closing the night for bands like Night Ranger, Warrant, Skid Row Brett Michaels, Survivor, and Dee Snider, and also performed in corporate events as the band leader of his own jazz trio. He also worked as a studio and session bassist, performed with Dale Bozzio's Missing Persons, recorded with Hal Blaine and Don Randi of the Wrecking Crew, and was a member of the solo band of London's frontman Nadir D'Priest.

In 2014 Carnival Cruise Line offered Martin the opportunity to perform on one of their ships out of Australia, and the six-month contract enabled him to improve his sight-reading skills and musical versatility. Several contracts followed, ending up in the promotion to Music Director/Music Manager, which made him responsible for choosing the material, organizing the rehearsals, leading the band, and on-board to supervise all musical acts on the ship, perform performance evaluations, and be the link between musicians and management.

In 2018 Martin chose Nashville as his new homebase for his musical endeavors. As fate wanted it, at the same time legendary bass player Peter Baltes announced his departure from the German pioneers of heavy metal, ACCEPT. Martin applied for an audition, and after an extensive screening process got the job as their new permanent bass player and band member. He immediately went on the road on the band's "Symphonic Terror Tour" which was already booked featuring a full symphonic orchestra, and which ended up being a huge success, with excited audiences in Germany, Russia, Ukraine, Czech Republic, Bulgaria, and Norway. The band is now in the process of writing and recording a new album, due to be released later this year.

Martin is available for studio recordings through www.studiobassist.com. To hire Martin for clinics, workshops or live gigs please use the information on the contact page.

"I am looking forward to playing for you."

This is a selection of songs I played on in the studio, mostly through my website www.studiobassist.com. The titles are from a variety of styles and musical genres, so if you are looking for a particular style I've added a description to each song.

The playlist starts with a sampler of all songs from my solo CD "Bass Invader", my solo CD I've recorded with prolific studio drummer Gregg Bissonette. Most of the songs are bass & drums only, but two songs feature Swedish guitar wizard Mattias IA Eklundh. Check out the sampler on the right, or choose your preferred online service below.

Below you will find links to yous usual streaming services. But if you want to support me directly and cut out the middle man, you can order directly from me. I'm happy to sign physical CD with a greeting of your choice, or you can download DRM-free mp3s with the high-resolution artwork. Thanks for your support! Click here to get to my shop

Some highlighs from my playing career. 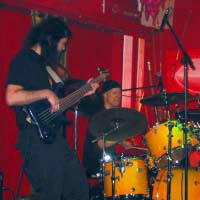 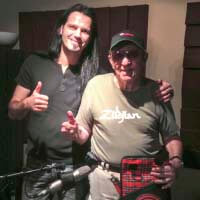 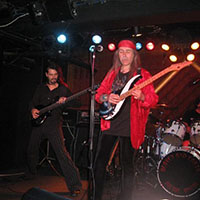 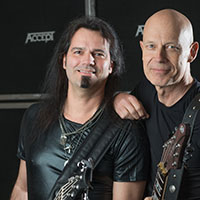 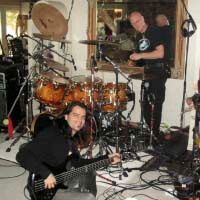 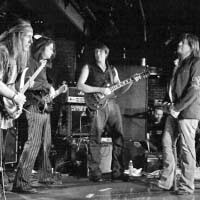 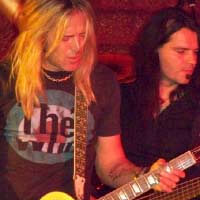 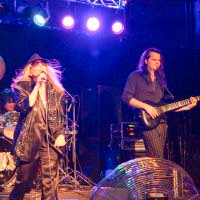 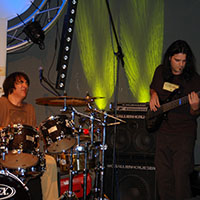 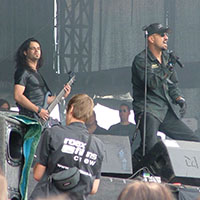 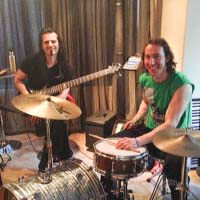 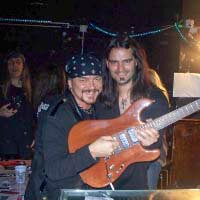 After Show in Toronto, Canada 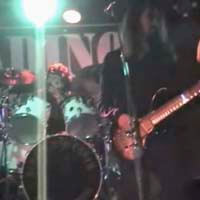 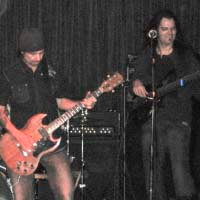 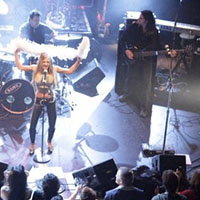 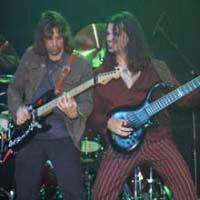 
For studio recordings, gig inquiries, lessons & workshops, or comments regarding this website send me a message to contact@martinmotnik.com. I will respond as fast as time allows. Also, check out my website www.StudioBassist.com to hire me for world-class bass tracks for your music!


Here are some companies that have been very supportive over the course of my career, which I am very grateful for.